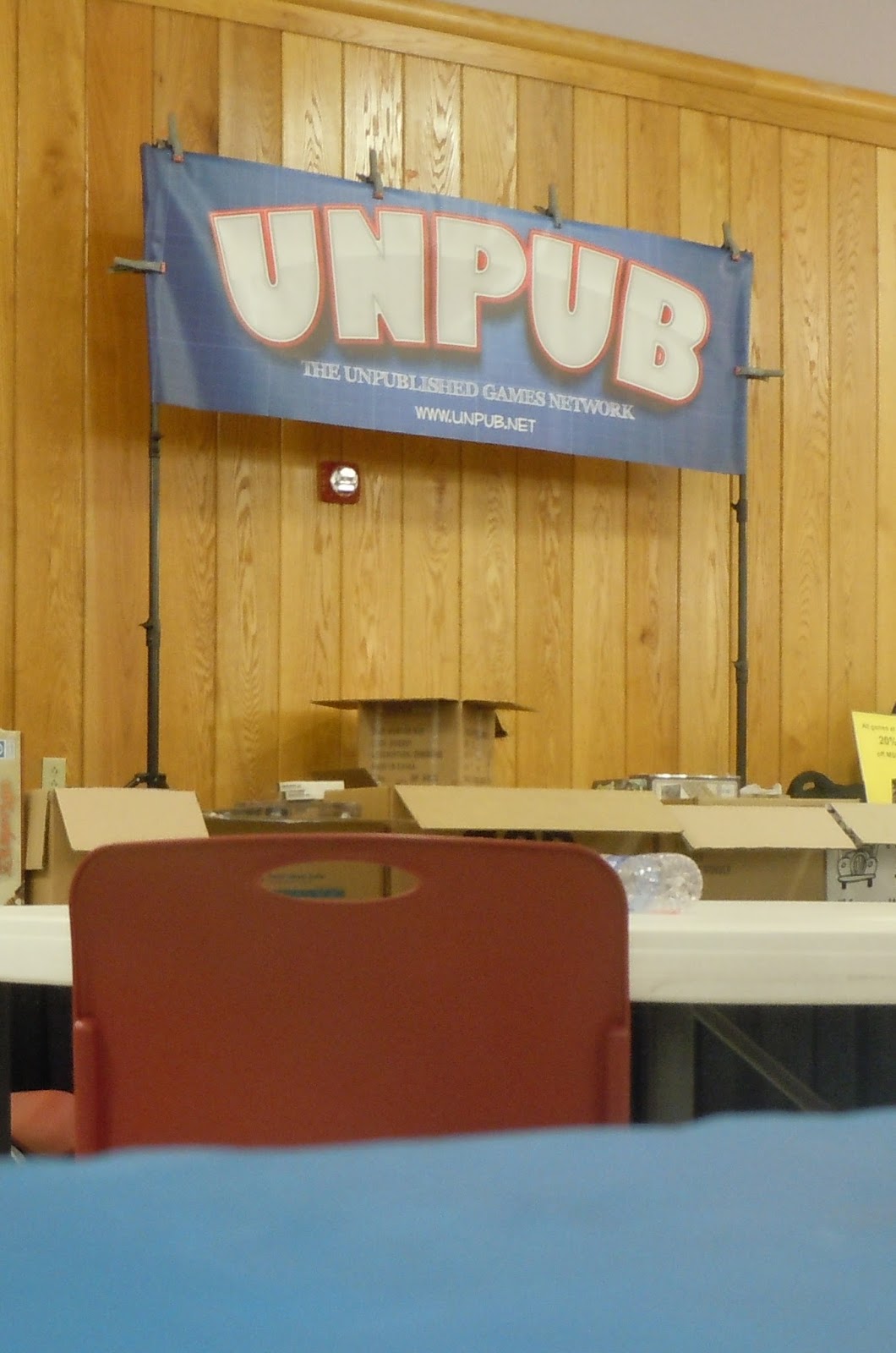 
2. The moment everyone else in the room knew Nick Ferris won the raffle before he did, even though he was holding his own tickets.

3. Almost missing the turn off the highway to UNPUB 4 if not for spotting an UNPUB 3 sign pointing the way.

4. Realizing I was with a group of designers when the free Danish were offered and the roll of tape next to it is selected first for last minute board game prototype repairs.

5. Bruce H. Voge and Mike Goldman from the Party Game Cast signing a contract stating they must attend the conference debut of an enlarged game of Post Position using My Little Pony plush as figures.

6. Alf Shadownsong becoming a hawker for horses in the back of the race. “I.S for a dollar, I.S. For a dollar. Look! I was selling P.C. for a dollar two turns ago and now it’s in first. the same thing will happen with I.S. It’s a guaranteed winner.”

8. “Hey, when did you do that?” --Dr. Wictz
“Sorry if the game was being played when you weren't looking.” --Other Playtester

9. Meeting and playing Charlie Hoopes’ Firebreak at the most difficult setting with Jeff Watson who has playtested the game over 200 times.

10. Selling my entire orange crop in a future for $4 an orange when each orange was worth $20 while playing Michael R. Keller’s Frozen Concentrated Orange Juice.

11. Having a playtester ask to buy a prototype copy of Post Position to take to conventions.