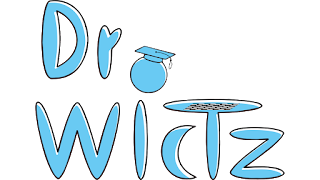 Salads can be delicious or pungent.  Journeys can be a joy or a toil.  The question is not whether I enjoy Point Salads or Point Journeys, but do I understand what they even are and the implications these different victory point architectures have on a player's gaming experience.

Winning a Point Salad is not decided by being the first player to achieve a particular outcome. Instead, players are trying to pile on as many victory points as possible before the game ends. The game will end.  Be it in a certain amount of time, or rounds, or when some other in-game threshold is reached. The threshold can be a depletion of an in-game resource, or a resource accumulated by the players. The threshold can even be the amount of victory points, but once that is reached, players can accumulate more. After the game ends, players then compare their victory points to declare a winner.

Winning or losing a Point Journey happens immediately when a Victory Point condition is achieved. The condition can vary as simple as being the first player to 5 victory points, to being the first car to pass the finish line in a race.  The key is that once a victory condition is achieved players are clearly crowned as either winners or losers. If I am the player who defeats the last monster, I win, end of story. That does not mean there has to be a single victory point condition that defines the game.  In the same game everyone can lose if a critical system runs out of power, or when the capital is captured by aliens, and one player can win if they control eleven cities.

Monopoly is a Point Journey. When played by the official rules the goal is not the accumulation of most money over one's opponents. But that money helps you with your true goal, the bankruptcy of all the other players in the game. Once that happens it does not matter if all but one of your properties are mortgaged and you have $1 on hand, you’ve won.

Scythe is a Point Salad. During play players are trying to complete 6 of 10 goals. But while this feels like a journey game, after the goals are complete players then need to convert star tokens, territories, and resources into victory points (money) to determine the winner. And while the player who completed 6 goals first is usually the winner, if it were a true journey game there would be no need for the second step of seeing who has the most money at the end of the game.

Do not assume all games are either Point Salads or Point Journeys, there are hybrid games where the game can end as a Point Salad or as a Point Journey. In boxing either someone wins by knocking out their opponent, or if there is no knockout, by seeing which boxer has the most points after time runs out   Hybrid game designs are not limited to sports, 7 Wonders Duel is a hybrid system. In 7 Wonders the game will crown an instant winner if one player archives a scientific supremacy or a military supremacy; otherwise,  after completion of the three ages points are tallied and the player with the highest Victory Points wins a “Civilian” victory.

So now we are clear on what is a Point Salad versus a Point Journey, we can explore in the next Victory Point Architecture lecture the way each victory point system affects the player experience.

In a conversation with Board Again Games, I talk about how Robotech, Diplomacy, and my game design philosophy of players playing players impacted the design of my board game Robotech: Reconstruction coming from Strange Machine Games.
Podcast Version: Board Again Gaming: Dr. Wictz - Robotech: Reconstruction
Posted by Dr.Wictz at 9:48 AM No comments: