Today I have another conversation with a game designer I have met on the UNPUB circuit who will be at Congress of Gamers (http://www.congressofgamers.org/) in Bethesda, Maryland on September 28th & 29th.  Let me introduce you to one of my earliest supporters, Paul Owen.  His excitement over Post Position convinced me I should develop the game further. 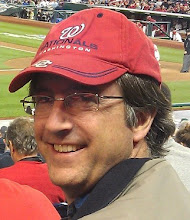 I first met Paul when I debuted Post Position at Congress of Gamers last year. He was playtesting an earlier version of “East India Company.”

Dr. Wictz:        I know you are planning on demoing an improved version of East India Company, could you give us a quick overview of the game?

Paul Owen:      It's an 18th-century mercantile pickup-and-deliver game in which players run companies that speculate on overseas trade.  The goal is to make the most money buying goods overseas and selling them in Europe and elsewhere.  Profits are affected by competition and market saturation, and pirates introduce a risk element as well.

Dr. Wictz:         How has the game changed since you started presenting it at UNPUB events?


Paul Owen:        It was my wife Kathy's idea, actually.  The original theme was going to be interplanetary mining, but I kept stumbling on the space travel mechanics.  I was on the verge of making it as complicated as Phil Eklund's High Frontier, until my wife suggested that I look for an historical setting instead of a science fiction one.  Once I settled on sailing ships, everything fell into place.
Dr. Wictz:           How did you get into designing board games?
Paul Owen:        Well, I've had game ideas since I was in junior high school, but they were all terribly undeveloped and unwieldy.  My first serious game design was based on the wars of the successors of Alexander the Great, because I thought that that historical setting was ideal for a multi-player wargame - kind of a historical version of Game of Thrones.  I pitched it to a couple of companies and didn't get anywhere with it, but in the process I made some contacts that paid off later on.
Dr. Wictz:            What games have you had published?
Paul Owen:        Just one - Trains Planes and Automobiles, a family game of card-driven board movement in which players complete travel assignments around North America as news correspondents.
Dr. Wictz:            Why do you love making board games?
Paul Owen:     I think I get such a kick out of playing board games and have such an appreciation for a well-designed game that I'm enamored with the idea of contributing to the "portfolio" of games that people can break out and play with each other and have fun.  Nothing tickles me more than when somebody tells me that they played Trains Planes and Automobiles with their kids, and they really liked it.
Dr. Wictz:        What is your favorite past moment from Congress of Gamers?
Paul Owen:     That's a tough one.  I think it was probably when Darrell Louder broke "East India Company" and made me go back to the drawing board.  He figured out a winning strategy of keeping one ship and just sailing it back and forth between Europe and North America, buying and selling tobacco, not getting distracted by buying more ships or competing with other players for other goods.  I called it the "Quiet Louder" strategy, and it forced me to modify the costs and benefits of buying ships and growing the company to motivate more aggressive investment and risk-taking.
Another real highlight was when you and Austin walked into Congress of Gamers with "Post Position" for the first time.  Most of the designers in that room knew each other either personally or by reputation, but the two of you were completely new to all of us.  And you completely blew the doors off the room with the most raucous, fun big-group game of them all.  That was such a great day.
Dr. Wictz:        How does Congress  of Gamers compare to other game conventions you have attended?
Paul Owen:      It's by far the smallest, least formal, and most personal convention.  It's very friendly, and it runs pretty much on volunteers helping out almost on a moment's notice wherever they're needed.  The designer's room (what they call the "Copyright Office") is a great game design lab experience.  I used to compete in the game tournaments and occasionally stick my head in the designer's room, but now that's the only place I spend my time for the whole con.
Dr. Wictz:        What draws you to Congress of Gamers?
Paul Owen:     Well, it's geographically convenient to me personally.  Plus it's just so friendly and informal, and the opportunity to demonstrate my game and play other prototypes is just priceless.
Dr. Wictz:        Any shout outs to your most dedicated game testers (cough  cough, wife, gf, etc.)?
Paul Owen:     Yes, my wife is indeed my biggest playtester.  I've also had a lot of support from my local game group - Keith Ferguson, Brian Greer, Mike Rusanowsky, Glenn Weeks - as well as designers that I regularly meet at cons - Chris and Cherilyn Kirkman, Darrell Louder, TC Petty III.  And I have to give credit to John Moller for being the UnPub ringleader for the past several years.
Dr. Wictz:       Thank you Paul for being with us today.
If you want to learn more about Paul  visit his blog at paulowengames.blogspot.com where he writes about game design and his latest progress on East India Company.  Or, follow him on twitter @PaulOwenGames.  Paul will start contributing to the Dice Tower News podcast every Friday with a Kickstarter report beginning September 13.