We are only a few days away from an UNPUBmini at the Game Parlor in Chantilly, VA (in northern Virginia just west of D.C.) on June 21st.  The event is free and has over 10 designers (including Dr. Wictz) bringing their latest board game designs for play testing.  To give you a reason (as if you needed any more) to stop by for an afternoon of board gaming heaven I invited board and video game designer Matthew O’Malley of Black Oak Games to stop by and give us a preview of what he is bringing to the UNPUBmini. 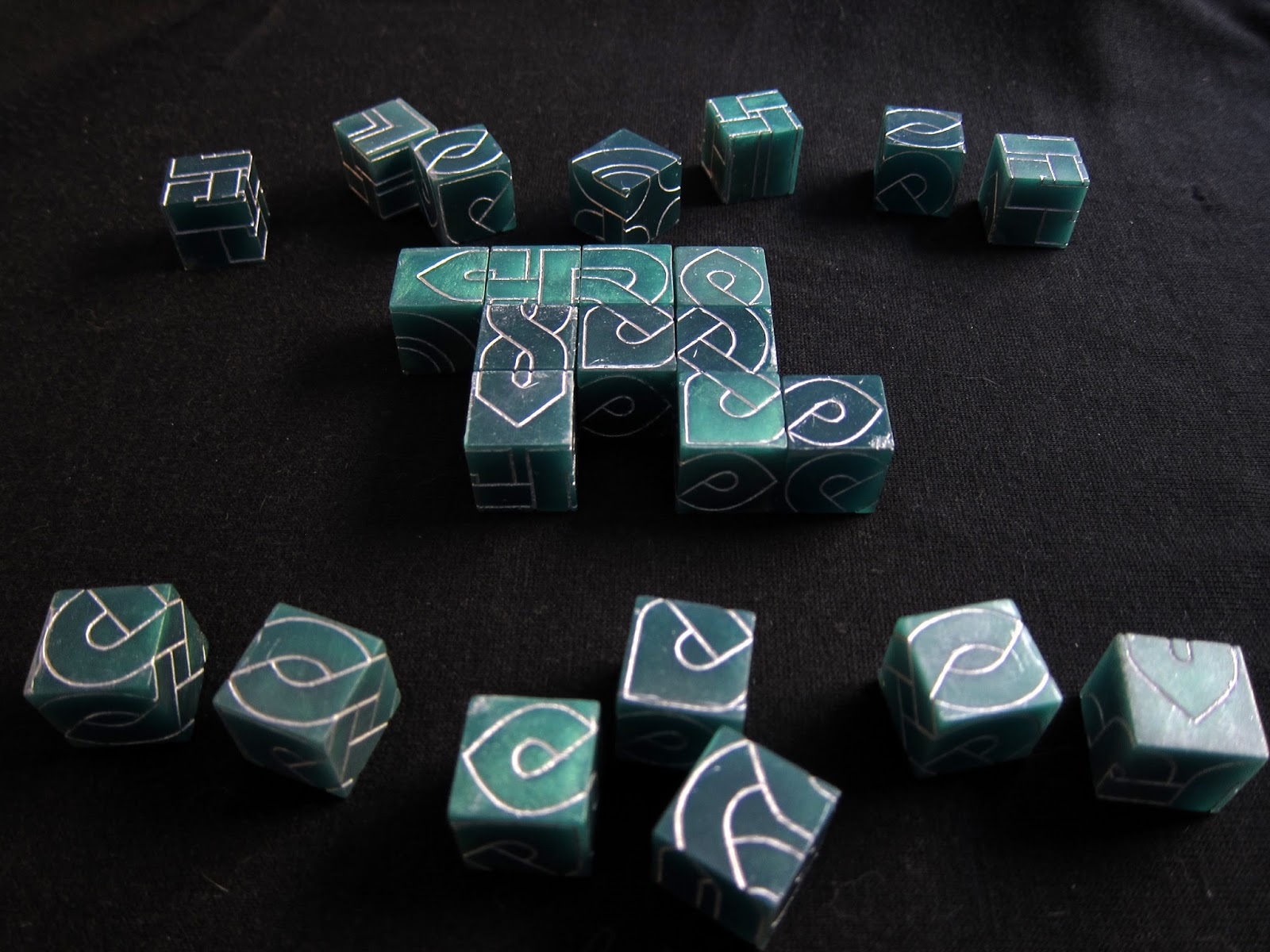 Dr. Wictz: So what are you bringing to the Chantilly UNPUBmini?

Dr. Wictz: How as Knot Dice changed since you started presenting it at UNPUB events?

Matthew O’Malley: I first presented my Knot Dice at UNPUB 3 in 2013. Since then, I've designed several new games to play with the dice, and have improved the games' rules.

I've done away with some of the more complicated game ideas, and developed others that require just as much strategic thought but are far simpler to explain and play.

Dr. Wictz: Why do you have so many different game variations you can play with Knot Dice?

Matthew O’Malley: The different variations of the game grew out of the original development of games for the dice. Since it started as more of a puzzle-game, I was always thinking about different ways I could use the dice, and I came up with a lot of game ideas. My hope is that once the dice are out in the wild, other designers will come up with new games to play with them as well.

I want to release the dice with several different games because they appeal to different playing styles:

Dr. Wictz: What inspired the theme for Knot Dice?

Matthew O’Malley: The Celtic knot theme was originally inspired by a friend of mine, Campbell Maloney [http://alphabetgallery.com/], a graphic designer who created an alphabet formed by shapes cut out of circles and then rotated. I spent a lot of time tossing ideas back and forth with him, and came up with the idea of making some puzzle games using Celtic knot designs.

The Celtic knot tradition has always fascinated me -- I love the look of the illuminated manuscripts from centuries ago as well as modern interpretations of it. It doesn't hurt that I've got a fair bit of Irish ancestry, and play Irish fiddle (along with other types of music).

Dr. Wictz: Does that mean I can talk you into bringing your fiddle to the UNPUB mini?

Matthew O’Malley: Sorry, I won't be bringing it to this one. I don't want my memorizing fiddling to distract people too much from talking about the games

Dr. Wictz: Looking at Knot Dice it sort of reminds me of your game video game Celtic Knots.

Matthew O’Malley: After I developed the Celtic Knots mobile game, I was driven to find a physical manifestation of the idea. Originally, I was focused on the puzzle aspect, and thinking about flat wooden puzzles with the knot pieces, possibly double-sided to get more patterns out of a set. But I couldn't get enough designs out of them, so I moved on to cubes, which became dice, which took me to far more interactive games (rather than individual puzzle-solving like in Celtic Knots).

Dr. Wictz: I notice on twitter you were exploring trying to make your game out of different materials, like cardboard squares, why did you decide to stick with the dice?

Matthew O’Malley: As far as dice versus cardboard cutouts, I've just gotten to the dice first. I do have plans in the works for Knot Cards and Knot Tiles, with game ideas emphasizing the strengths of each of those components, but the dice were my original idea and they appeal to me so much that I want to carry that idea through to production before spending too much time on the others.

Dr. Wictz: How did you get into designing board games?

Matthew O’Malley: I had a job with a relatively long commute, and after trying to occupy my time with various other activities or creative endeavors, I discovered that I could use that time thinking up and developing board game ideas. So I spent several years coming up with games that were far too complicated and took far too long to play, didn't have enough interesting decisions, or just weren't that fun. It wasn't until I started attending UNPUB events that my designs evolved enough for me to consider publishing them.

Dr. Wictz: Why do you love making board games?

Matthew O’Malley: I love making board games for so many reasons. I love bringing so many different elements together to craft an experience for a group. It's like directing a play or a movie, but the end result sometimes is a much more interactive experience, and can create some great stories about time spent together with friends.

Dr. Wictz: What games have you published thus far?

Matthew O’Malley:  I have two tabletop games being published in the near future, Diner (by Dice Hate Me Games), which has already been successfully Kickstarted and will be released this summer, and Battle of Wits (by Game Salute) which will be released as part of The Princess Bride set of games.

Dr. Wictz: Is it harder to get a video game published or a board game?

Matthew O’Malley: My experience with getting a video game published was relatively painless, though I did have to hire a developer for a good deal of the programming work. Once I found a reliable developer, the process moved pretty smoothly, and the process of actually releasing the game on the mobile stores wasn't too difficult.

The part of the process that I did not consider enough was support for the game, particularly on the Android platform. The iOS game is still basically the same as when I released it (besides some minor bug fixes), but the Android game required constant development work to keep up with new devices and OS changes, and I couldn't afford to keep it on the market.

As far as whether it's harder to get a video game or a board game published, I think it depends greatly on your skills and your method of publishing. If you are a developer, it would be pretty simple to publish a mobile game. If you can acquire some nice art assets, it can be relatively easy to self-publish on a print-on-demand site like Drive Thru Cards or The Game Crafter. Or, going the traditional publishing route, if you can find a publisher who is really interested in licensing your game, you can pass it over to them.

Dr. Wictz: What is your favorite memory from past UNPUB minis?

Matthew O’Malley: I have to say when a store clerk told me that Star Dice (a game I was showing at the time) would be perfect to take out and play with kids at their school outreach activities. I think anything that appeals to kids has that "fun" factor that's so hard to nail down.

Dr. Wictz What are the positives to attending an UNPUB mini versus a larger board game convention? 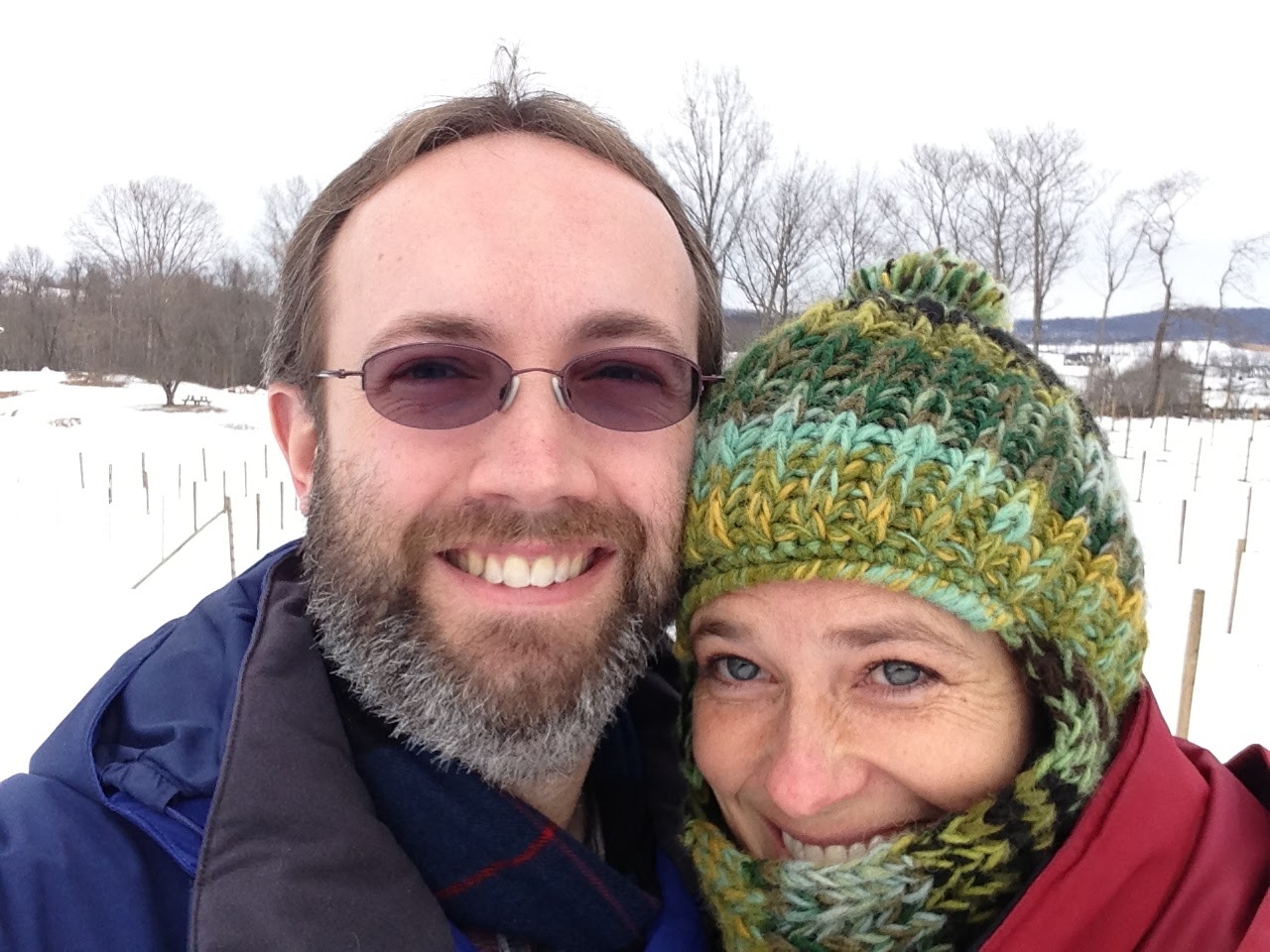 Matthew O’Malley: My most dedicated game testers are my wife and my kids, and they help immensely with getting the ideas ready to show to other people - and they don't just say that they like everything I show them. I also have a great group of friends which was originally a game night group that I rope into testing my games as often as possible.

Dr. Wictz: Thank you Matthew for stopping by.  If you want to learn more about Matthew’s games you can follow him on twitter @BlackOakGames, facebook, or go to his website www.blackoakgames.com.  Or, if you are in the area, you can stop by the UNPUB Mini at the Game Parlor in Chantilly Virginia on June 21st and meet him in person.